Tom Hanks and His Journey with God - My Daily Bible

Tom Hanks And His Journey With God 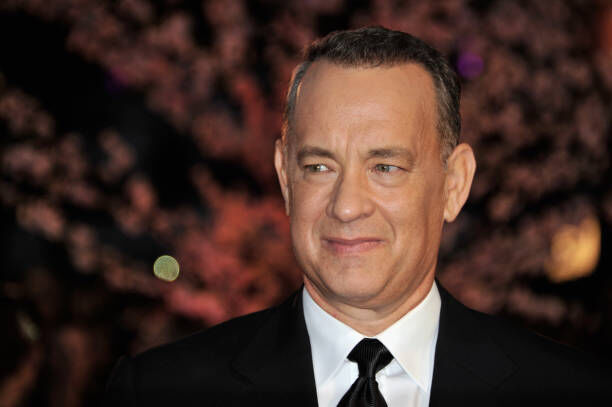 If there’s one recognizable face in Hollywood that everyone is familiar with, it’s Tom Hanks. Who could forget films such as Forrest Gump, Philadelphia, Saving Private Ryan, Apollo 13, and the voice of “Woody” in Toy Story? Over the years his films have banked $4 billion at the US box office. He’s talented and what’s not to love about Tom Hanks? He is a born-again Christian and if you think the characters he has played were diverse and colorful, wait until you see his faith journey.

Growing Up with Faith

Hanks is known as a really down-to-earth and humble, loveable guy, by his peers and contemporaries. This is the result of being raised in an environment that was filled with faith. Tom Hanks grew up exposed to many different kinds of religious views and the divorce and re-marrying of his parents also exposed Hanks to both of their religions. Tom Hanks has identified as Catholic, Mormon, and Evangelical.

His stepmother became a Mormon when he was 10 years old and prior to this shift, he stated that his first 10 years of life, Catholicism was the main religion he practiced. Hanks lived with his aunt for a long time who was Methodist. In high school all his friends were Jewish. He went to Bible studies every Wednesday night and where he felt there were a lot of great things to think about.

In 1988, Tom Hanks would marry Rita Wilson and join the Greek Orthodox Church. He has stated that he enjoys being Orthodox as it has allowed him to reflect and meditate on big life questions. Hanks attends church regularly and has said that going to church has been a great motivation and has helped him contemplate unanswered questions.

Tom and Rita have been married for over 30 years and the couple has endured a lot throughout the years, yet their faith has kept them together. Rita was diagnosed with breast cancer in 2015 and their son Chet Hanks was battling substance abuse. Hanks also battles Type-2 Diabetes. Through all of this, they overcame these obstacles while putting their faith in God.

Even though in Hollywood there are endless divorces and relationships don’t last. Tom and Rita are an exception and it has a lot to do with their faith in God and His blessings.