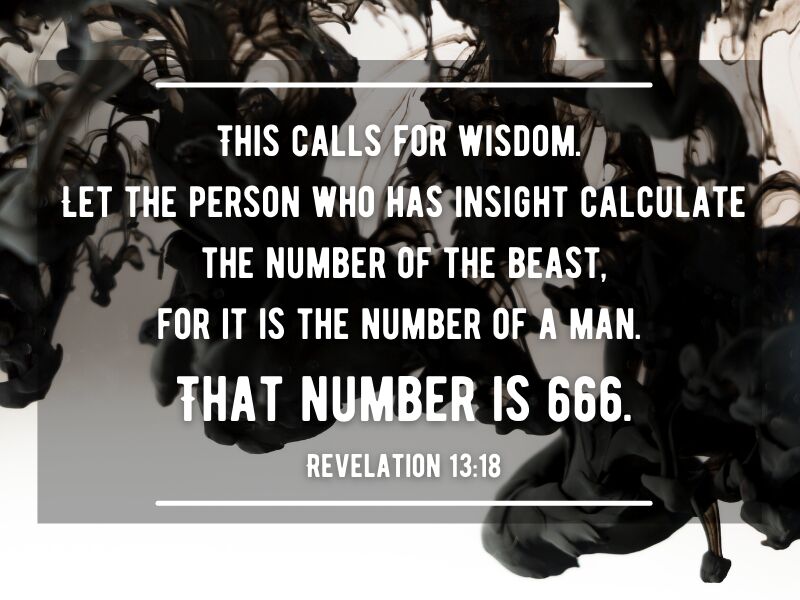 The second beast was given power to give breath to the image of the first beast, so that the image could speak and cause all who refused to worship the image to be killed. It also forced all people, great and small, rich and poor, free and slave, to receive a mark on their right hands or on their foreheads, so that they could not buy or sell unless they had the mark, which is the name of the beast or the number of its name.

This calls for wisdom. Let the person who has insight calculate the number of the beast, for it is the number of a man. That number is 666.

No book of the Bible has stoked imaginations more than Revelation, with its vivid symbolism. And no symbol contained in Revelation has been subject to more varied interpretations than the number 666. But today, our task is not to decode symbols, but to find wisdom and encouragement in the spiritual truths behind the symbols.

In previous verses, John introduces us to the first beast, who rises to great power and authority on the earth, which he exercises with blasphemy and violence. And in today’s passage, we meet the second beast, whose purpose is to enforce the worship of the first beast, and mark as his own all who comply.

But as believers, we need not fear this beast or his number, as long as we are following Jesus’ instruction to abide in Him. For in Jesus, we are renewed and made whole. And regardless of the identity of the beast, we understand from his number, which falls short of 7 (meaning completeness) three times, that he is a mockery; powerful on earth, but incomplete. For the beast is always less than God. But by fixing our eyes on Jesus, we are given complete wisdom to recognize and reject the counterfeits who would try to take his place.